How often do you stop to scrutinise branded products before using them? Do you ensure that food and drinks are healthy and safe for consumption? For most Kenyans, a product makes the cut of safety for consumption as long as it bears the standardisation mark of quality by the Kenya Bureau of Standards (Kebs). Going an extra step to ascertain the validity of the mark of quality is a needless engagement and a waste of time too. It is this carefree attitude among Kenyans that gives crafty traders plenty of leeway to exploit them through manufacture and sale of products that don’t meet the threshold of quality set by Kebs. Event organisers and hoteliers in the city have remained heedless to the recent warning by Kebs last week against branding uncertified water.

A spot-check by the Nation in various restaurants in the city centre puts to the fore massive breach of standard regulations, and the extent to which greedy traders expose their patrons to health hazards. A popular club along Moi Avenue (name withheld) serves branded water to patrons. Queries by the Nation on how they acquire the standardisation mark were, however, dismissed by the management.“Water is listed as a high-risk commodity and a slight contamination can lead to loss of lives or even sickness,” said Charles Ongwae, the Kebs managing director while announcing the ban last week.

He added: “It is a contravention of the Standards Act to manufacture or offer for sale any product unless the product demonstrates conformity to the respective Kenyan standard by having a valid permit to use the standardisation mark as stipulated in the law.” Water vendors along highways are the other main culprits in the sale of sometimes uncertified water to people in transit. As a result, travellers risk contracting infections such as cholera and typhoid associated with contaminated water.Consumers can scrutinise the validity of a commodity by sending the permit number under the standardisation mark to Kebs through the shortcode 20023. 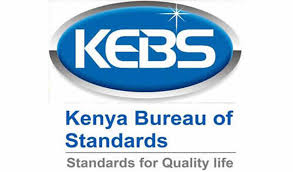 Kebs puts non-compliance with its regulations at 20 percent. Two out of seven permit numbers (or 30 percent) for different brands of water sent to the shortcode by the Nation returned negative results, an indication of how much Kebs’ mark of quality is manipulated. Kebs, however, puts non-compliance with its regulations by manufacturers at 20 percent. The Standards Act requires the bureau to carry out tests and inspections to ascertain whether all commodities comply with the laid down requirements and applicable standards before a permit to use the standardisation mark is issued.

The law also requires a permit holder to display a standardisation mark for that permit to all commodities in his line of production, but only if these commodities meet the requirements set forth in the applicable standards. Forgery of the symbol of quality and its display of substandard goods also remains a headache for the regulatory authority. Some traders use the standardisation mark of quality without the permit number as required by law. Others still use underhand methods to obtain the permits.

“Obtaining the permit number is not hard,” a small-scale water manufacturer in one of Nairobi’s neighbourhood who did not wish to go on record told the Nation, adding, “Some water bottlers who are already certified share their permit numbers with other smaller brands of water at a fee.”

“When you send the permit number on the water bottle to the shortcode, it returns positive results, but under the name of the certified brand of water,” he revealed, adding that few buyers go this far to scrutinise products.

It is here that Kebs is losing the battle against substandard goods.

“Any product bearing a standardisation mark that doesn’t have a permit number or a permit number that has expired should be treated with suspicion and reported to the bureau for investigation against them,” said Eric Chesire, the director of Quality Assurance and at Kebs. He added: “Sharing the permit number for use on commodities that have not been certified by the bureau is treated as an abuse of the permit and a case of non-conformity to the standards regulations. When Kebs finds such manufacturers, we suspend their permit, confiscate the goods in their possession and prosecute them under the Standards Act.”

Funeral ceremonies and the wedding business take the cake in the sale of illegitimately bottled water, according to Evans Gathu, the director of Fresco Concepts Limited, an events organising company in Nairobi. “When an event owner entrusts the organiser with supply of refreshments, the organiser will sometimes go for cheaper water of poor quality and pocket the rest of the money,” he explained.

He added: “Greed is rife in this business today. Event owners hardly tell the difference in quality and safety of water served, unless there are health complications among the guests.” Water bottlers such as Executive and Keringet, however, do not allow branding of their products by event organisers, as a precaution for misuse of the brands’ name. A client though may attach a ribbon of their choice to the drink bottle. Kebs conducts occasional market surveillance to nab substandard goods while relying on support from stakeholders such as consumers, the media and other administrative units to fight substandard good in the market. “Manufacture and sale of uncertified products touches on the country’s public health. Kebs alone can’t win this battle. But wrongdoers can’t always prevail over the system. Kenyans will eventually win the battle,” Chesire said.

How will Healthy Green Choice create a change?

By placing consumer trust first! In order to reduce the likelihood of imitation labels appearing on unsafe products, HGC will approach this problem from the roots. The root of the problem is that consumers are not equipped with a way to quickly and efficiently verify the authenticity of a product. In other words, there is no mechanism to determine if a particular brand can be trusted. This is what HGC is changing. Through our partnership approach, data can be collected at every step to keep the information reliable and trustworthy. This is fundamental for also convincing the consumer that the players involved in the safe chains have taken the necessary steps to ensure the basic level of food safety and to build trust. For example, trust can be built in the chain when information is hosted by different and independent partners as this reduces the risk that it can be manipulated or corrupted. This model is based the ‘Blockchain’ model, where trust is granted if it is lived up to. If that cycle is broken, the culprit is exiled from the chain.

Healthy Green Choice (HCG) is a label that creates value to food systems based on compliance with economic, environmental and social (inter)national standards for responsible production and handling of food. This model encourages producers and other value chain players to produce and handle responsibly, in accordance with food safety standards, through offering them a crucial economic incentive: they receive a better return on investment by selling their produce through HGC food systems.